A troubled solicitor struggles to formulate a condolence letter to the family of a dead child. The film highlights psychological effects of death on all those whom it touches, no matter how lightly.

The Letter: a mood piece that made economical use of few locations and space to work with. I used specific techniques to convey the backstory from the letter, such as blurring around key words from the letter, and inter-cutting between the desk and flashback like inserts. The BTS gives a good little taster as to what it was like on the various locations, and features CUTE CATS. And of course, RODE gear, but I'm sure the cats will suffice! 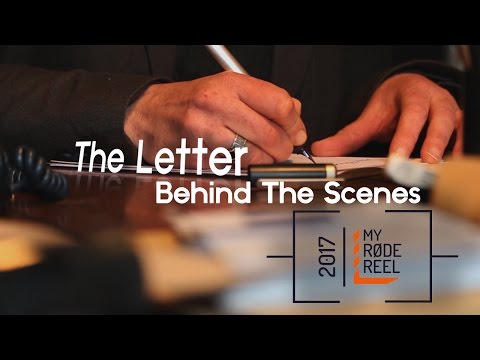