JT Daniels is an Artist/Painter/Muralist in Kansas City, Missouri. Taking his art from a hobby and a passion that he started as a young kid, JT now gets commissioned by the city and organizations around KC to create his art.

The first in a planned series called 'What Is Art?' that looks at different types of artists and how they communicate and express themselves to the world around.

JT has small studio space in downtown Kansas City where we filmed his interview and some of the b-roll. We filmed the Interview using 2 Sony a6300 mirrorless cameras: one a tripod with the Rode VideoMic Pro, the other on a Ikan MS-1 stabilizer for moving shots. JT had the rode smartlav+ with a Sony px333 recorder in his pocket recording the audio as well.

After the interview we went to another area of KC to film JT working on a mural that he was commissioned to paint by the City Market. All post-production was done using Adobe Creative Cloud, and the color grade was done using Film Riot's Cinematic LUT's pack and Lumetri inside of Premiere. 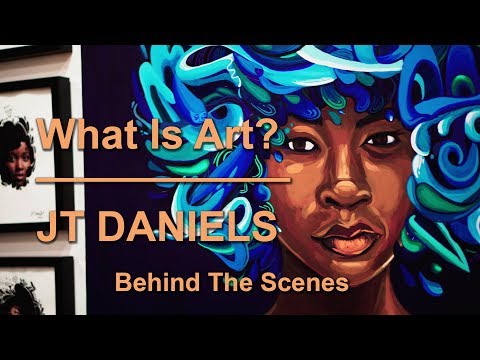