When is it too much? Breaking Point is a short film about a couple evaluating their relationship. In every relationship, you may end up at a "breaking point" where it's not worth fighting for anymore.

We shot this all in 1 night at the Huntington Beach pier.

For audio we used the Rode Lavalier and hid it on the actors using moleskin in the collar for "Sean" and clipping it in the scarf for "Liz". It worked perfectly to capture audio with surprisingly no wind noise and practically no clothes rustling sounds.

The behind the scenes camera was the Panasonic GH4 + Rode Videomic Pro.

The goal was to be as discrete and simple as possible so we wouldn't have to carry around a boom pole and attract attention. 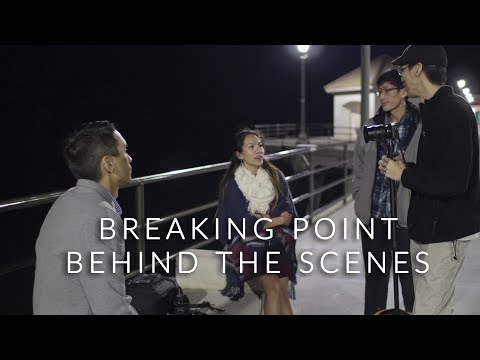